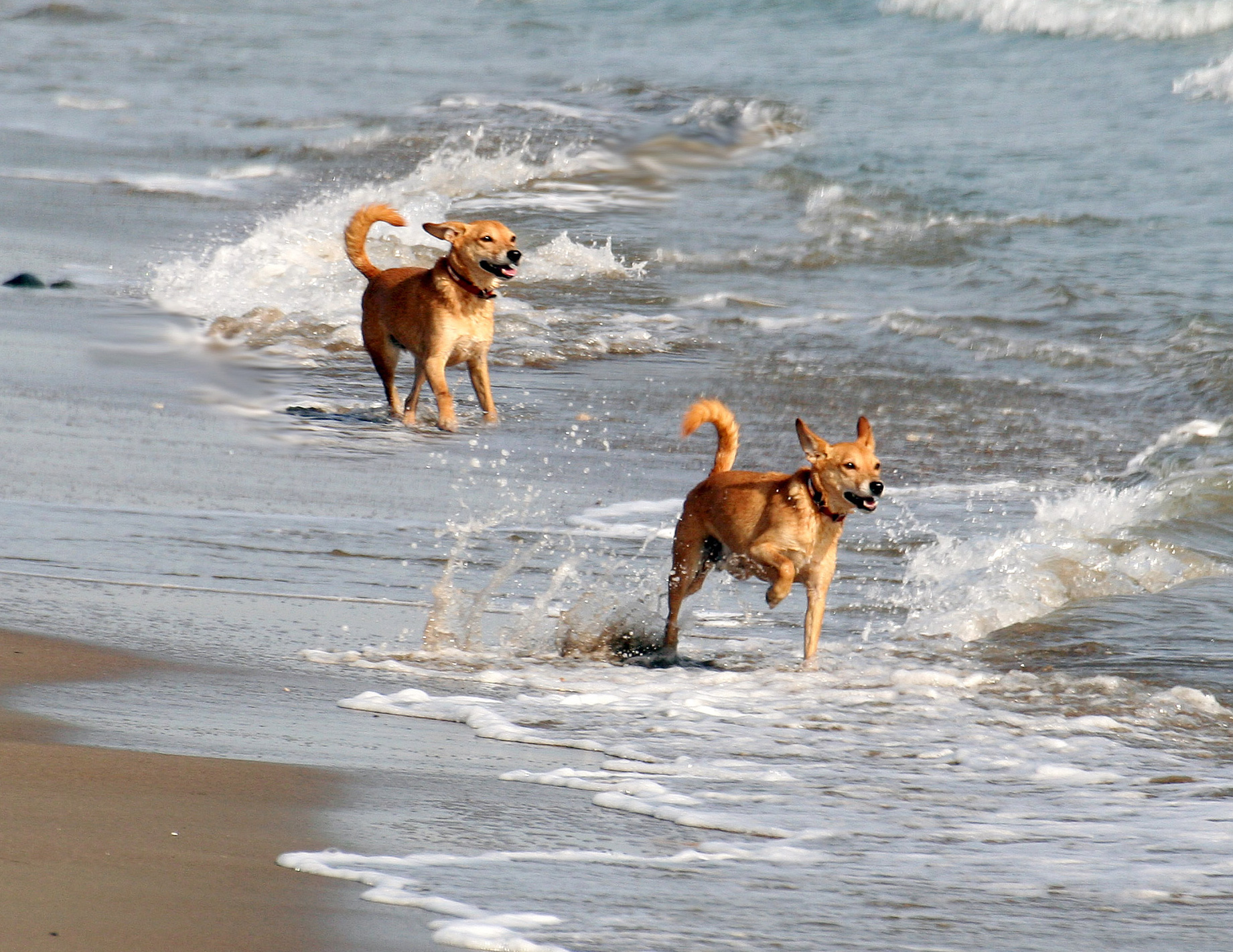 Most beaches along the port ban dogs – which, as the sea front fills with young families and children for most of the summer, is fair, probably more hygienic than with them and safer – as a lot of our locals keep hunting podencos, rather than pets.

There are a few, however, that welcome dogs and their owners, providing that they keep the beaches clean, for other walkers – just the same as there are fines in the streets for not removing canine mess. With the strict rules in Spain about photographing people and publishing them, the dog beaches are a photographer’s joy, water, plenty of splashing and a lot of exuberant play, just less humans to object to having their photos taken :).